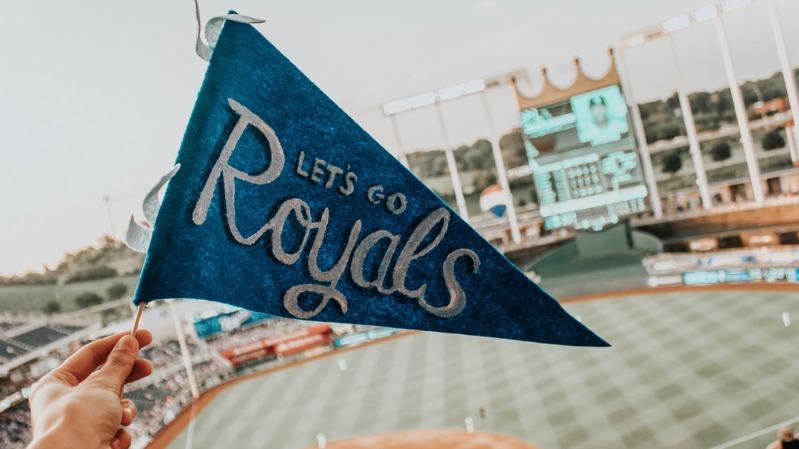 Typically, the initial thought, when someone mentions the midwest city that consists of areas in both Kansas and Missouri, is cows, pastors, and country music.

Beyond the farm animals, the lush green landscaping, and the slight drawl lies a bustling metropolis of rich cultural history, star-studded jazz, and finger-licking barbecue.

Home to the Royals and the 1969 Superbowl champs, the Chiefs, Kansas City boasts loyal fans, curious spectators, and thrill-seekers looking for some friendly, family entertainment. Recently undergoing a multi-million dollar renovation, Kauffman Stadium promises something extraordinary for all ages, including the Miller Lite Fountain Bar which is an open-air bar that sits upon the Jumbo-Tron, easily accessible to attendees in the outfield.

Once a frequent stop for jazz legends such as Count Basie and Charlie “Bird” Parker, Kansas City became a major hub, for this beloved style of music, in the 1920s. Today, The American Jazz Museum, at 18th and Vine, pays homage to these lively origins. Jazz continues to thrive with more than twenty area nightclubs featuring it on a regular basis.

Beginning as a grassroots effort by local artists, the otherwise beautiful, abandoned buildings and deteriorating streets were converted into galleries and live/work studio spaces. The area now hosts “First Fridays.” Artists open up their doors, on the first Friday of every month, to the general public for a free exhibit of local art. There is sure to be a free glass of wine or beer on your art crawl, as well as an assortment of shopping to be done.

Unlike other major cities that hold similar events, there is ample parking and everything is within walking distance. In addition, there is a wide variety of cuisine to choose from including the mouthwatering delights of traditional Kansas City barbecue. Try Fiorella’s Jack Stack on 22nd Street. After dinner, see what’s going on at the Sprint Center in the Power & Light District. The multi-use entertainment venue has hosted such spectacles from Elton John to the 2008 Big 12 Men’s Basketball Tournament.

Built in 1914, Union Station transported tens of thousands of passengers per year. After closing its doors in the 1980s, the public waited over ten years for its complete renovation in 1999. Today, the 850,000 square foot building is filled with fine restaurants, museums, shops, and even an Amtrak stop. Perhaps, the most awe-inspiring is Union Station’s Grand Hall which features a ninety-five-foot ceiling and a six-foot-wide clock hanging in its central arch.

The only memorial of its kind in the nation, Liberty Memorial honors the veterans and fallen heroes of World War I by preserving artifacts, history, and the personal experiences of a war that continues to impact the world today. The most iconic of its many sculptures is the 271-foot tower centerpiece followed by the two, large sphinx sculptures on either side. Located in beautiful Penn Valley Park, it overlooks a very photogenic and sprawling downtown Kansas City.

A visit to Kansas City proves the age-old adage that there’s much more than meets the eye when it comes to the “City of Fountains.”