Since 1925, The Plaza in Kansas City, Missouri has thrilled thousands of visitors across the world with its old-world design and thousands of lights!

Christmas is a magical time with good deeds and good cheer flooding everyone’s heart with joy. Each and every city in the world shares and kick-offs the Christmas season in a special way, and the Kansas City Metro Area, which includes both Kansas and Missouri states, is no different.

In 1925 the Country Club Plaza hosted its first annual lighting ceremony which has remained a tradition for the residents of the Kansas City Metro area ever since. Each year on Thanksgiving night, thousands upon thousands of individuals kick-off the Christmas season in all types of weather and crowd the streets for the illumination of the Plaza Lights.

Entertainment during the Christmas festivity usually includes live music and fireworks. Warm-hearted songs and Christmas cheer fill the surrounding crowds huddled as near as they can move to the grandstand waiting for the flip of the switch.

History of The Plaza

How could an area is known for its “pig farming” district to become one of the most socially established areas in the Kansas City Metro area?

In 2007, the historic Country Club Plaza in Kansas City, Missouri achieved its 100th anniversary when J.C. Nichols, developer, started to purchase land in 1907. He chose the area near the Brush Creek Valley with the purpose of building a shopping district unlike any other.

Nichols hired Edward Buehler Delk, a renowned architect, to design the shopping district that would be a model for the future. He was recognized in the United States for his innovative architecture throughout the Midwest and Southwest.

For The Plaza, as it is commonly called, Delk designed a retail development area that opened to instantaneous success in 1923. The original architecture still stands as a classically European style shopping district with more than a hint of Spanish-Moorish motif. There are more than thirty statues, murals, and tile mosaics that attract artists and tourists from all over the world.

Built for automobiles and ease of walking, The Plaza was developed with parking lots hidden in convenient and comfortable locations throughout the shopping area. It has been considered not only the first but the longest-lasting “planned shopping center in the history of the world.” (Community Builder: The Life & Legacy of J.C. Nichols, by Andres Duany)

“Nichol’s Folly,” as it was dubbed in the beginning, has continued to remain a success throughout almost a hundred years of change and newer shopping districts. The surrounding area developed with exclusive restaurants, apartments, and hotels as well as other main attractions such as the Nelson-Atkins Museum of Art (opened December 11, 1933).

Other Christmas Events in Kansas City

In addition to Plaza Lights, there are many other Christmas Season events in the Kansas City Metro area. Here are a few that have become traditional attractions throughout the years: 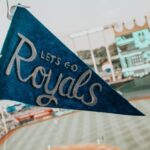