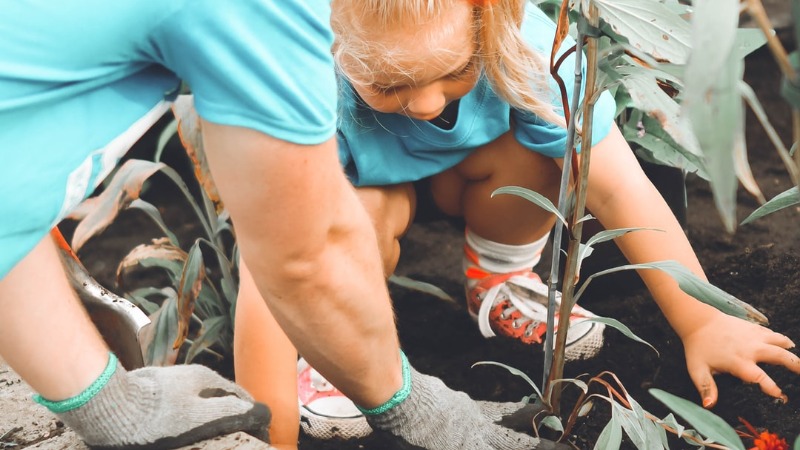 What has never once come into play is the word allowance or the concept that W would or should be paid for doing chores.

A few weeks ago The New York Times began their February book club discussion with Ron Lieber, a personal finance columnist who has written The Opposite of Spoiled: Raising Kids Who Are Grounded, Generous and Smart About Money. The very first question in the discussion was, “A weekly allowance from parents is a rite of passage for many children. But should children be paid to do chores?”

Wow. An allowance is a rite of passage? I never received an allowance and I wasn’t planning on providing one for W. Has the game changed? Was I denying W an opportunity to learn valuable life lessons with finances? In other words: is EVERYONE else handing out an allowance to their children?

A 2012 study performed by the American Institute of CPAs revealed that “61 percent of parents pay an allowance to their kids, with the majority (or 54%) beginning by the time their child was 8. While the amount varies by age, the average allowance totals $65 a month, or $780 a year.” While some parents in this study provide an allowance for good grades, “89% expect their children to work at least one hour a week and, on average, children put in 6.2 hours per week on chores.”

Allowances and chores aren’t things my mom friends and I have ever talked about. I’m not sure why that is. Maybe conversations about money or housekeeping are thought to be private family matters. However, I do imagine kids being just as open about allowances earned as they are about tooth fairy swag.

I tossed manners aside and dove in to the nitty gritty with my friends: do you give your kids an allowance? Do they have to perform chores in order to earn it? If they don’t perform their chores, is there some sort of penalty? What chores do you expect of your kids at certain ages?

“My daughter is 4, so she ‘helps’ with big chores like putting the dishes in the dishwasher and placing her clothes in the washing machine so they can be washed.” — Amiyrah Martin of Four Hats and Frugal

“My 4-year-old enjoys to clean but it’s all done her way and on her time. For example, if I ask her to help me clean the playroom (i.e.. pick up toys), she most likely will help for a minute and then go get a wet paper towel and ‘wash’ the walls.” — Sarah Donza-Hughe of Finnegan and The Hughes

Erica Voll of No Sleep ’til College started a simple chore system with her almost 6-year-old daughter. If she completes three tasks, she gets $.50, and she also has the opportunity to earn more quarters. “If I’m folding laundry and she asks to help, I will offer her a chance to earn more.”

No Allowance or Set Chores

“If we ask my son to do something and he doesn’t do it, obviously we aren’t happy, but we aren’t structured at all. I’m not a neat freak so I just don’t care about a lot of that stuff. I don’t make my own bed or expect a perfect house so I just haven’t pushed it. He’s expected to do what we ask, get himself ready in the morning and at night, etc., but that’s it at this point!” — Christi Wampler of Domestic Disturbia

“We use this because my daughter’s school does and we wanted to be consistent. When we go to Target, we let her pick out a few things that are under $5 each, and they go into a basket at home. She can then earn something in the basket by getting five marbles. She earns a marble for feeding the dog, making her bed, picking up her room, cooperating to get in the car, etc. We don’t have a set list and often ask her to look around the house to find something that she notices needs to be done. We try to keep her involved in choosing how to help as much as possible. I’m way more interested in having her want to do the help than begging her to do something I’ve asked her to do.” — Casey Carey-Brown of Life with Roozle

Taking Care of Her Own Stuff

“I would like to have my daughter do more chores than she does, but she’s in school every day from 8:30 am to 4:30 pm. That’s pretty close to a full-time job and she’s SIX. She’s in charge of taking the dog out three times a day and she’s expected to cheerfully do anything we ask her. When she comes home from school, she puts her shoes away, hangs up her backpack, and brings her lunchbox to the kitchen. She has to put her own clothes in the laundry hamper, bring her dishes to the kitchen after she eats, and clean up all of her toys.”  — Jen Gabriel of Here We Go Again

“We don’t use the word ‘chores’ because of connotations with allowance. Max has ‘jobs’ that he is expected to do as his contribution to being a member of the family. At almost 7, his current jobs are: scoop the cat poop every day from the litter box, wipe down the surfaces in his bathroom, put away stuff from the living room and dining room (shoes, toys, etc.), and keep his own room under control. When he is actively saving for something (right now it’s the $250 Lego Ewok Village), we will offer him additional work for money per job; he might help sweep the garage, pull weeds in the yard, fold the laundry, etc…” — Lizz Porter of Am I a Funny Girl?

Daily Chores That Have an Allowance as a Reward

“The boys have a chore chart that we use and if they do the chores on a weekly basis, they get an allowance. It varies because the amount of money varies for each chore. The boys have certain things that they need to do daily: make beds, clean up toys, bring dirty clothes to the laundry room, take out the recycling, etc.. ” — Trina O’Boyle of O’Boy! Organic

“Our kids have set chores that they must accomplish daily and a few that they do three times a week. They get a small allowance (we call it a ‘commission’ now), once the tasks are done. We also have certain ‘achievements’ that they must accomplish. These do not have a commission attached to them, but they are used to help them build character and become better world citizens. My son is 9, so he has a good list of items to do like taking out the garbage, cleaning the bathrooms, and sweeping all of the floors.” — Amiyrah Martin of Four Hats and Frugal

“My kids (9 and 5) team up to complete their chores together. Every Sunday they fold all of their clean clothes. My youngest is in charge of sorting and matching socks, sorting undergarments, and helping to fold pants if his sister needs help. His sister folds everything else. They both put their clothes away. They also have to clean our cat’s litter box twice a week. They do receive an allowance for their work. If they don’t do all their chores for the week, they don’t receive their allowance.” — Thien-Kim Lam of I’m Not the Nanny

“We keep the chores pretty simple since both of our boys have sensory challenges: one has ADHD and the other is on the spectrum. Right now my oldest has three chores: help me clear the table, help take out the trash/recycling with his dad, and feed his fish. Both of our boys have to clean up their room, and they help me load their laundry into the washing machine every Sunday. Both boys go to behavior therapy, and their therapist helped us implement a “green, yellow, red” system and a reward system at home. We use both for behavior in general, but it also applies to chores. So if our oldest refuses to listen when we ask him to do his chores, we move him to yellow. If he continues to refuse, then we move him to red and he loses a privilege, like iPad time or TV.” — A’Driane Nieves of addyeB

No Chores At All

“My 6-year-old son? Forget about it!! I work full-time and have limited time daily with my kids and prefer not to argue with them over cleaning; it’s easier for me to just do it myself.” — Sarah Donza-Hughe of Finnegan and The Hughes

Daily Chores and an Allowance That’s NOT Related to Chores

“At 14, my daughter is expected to wash dishes, clean the bathroom, do all of her laundry, and cook. She has to keep her room clean and help as needed with things around the house (i.e. sweeping up outdoors, watering houseplants, feeding the cats). It seems like a lot, but with the two of us, we have to work together to make our home run. She does get an allowance that she has to be in charge of, but it is not related to chores she does in my home or at her dad’s home. We feel that she has to contribute to our households and she should not get paid for these skills that she will use later in life. If she doesn’t complete her chores, I’ll change the wi-fi password in a minute or will take away electronics and cords until they’re complete.” — Rachée Fagg of Say It — “Rah-shay”

“We do not give allowance for chores, but they get one for being part of the family. They do chores because they are part of the family and we all have to chip in. They can earn extra money if they have something they are saving for or paying us back for. They do not each have set chores, but the chores they do are interchangeable: emptying the dishwasher, taking out the trash, walking the dog (and picking up poop), getting laundry to the washer/dryer, putting laundry away in a timely manner. They need to pick up their room once a week and do whatever else we ask, like set the table or grab something out of the freezer in the garage. These are all things because they are part of a family.” — Julia Roberts of Support for Special Needs

Julia started giving her children an allowance when they were ages 3 and 5. She also set them up with a system that divided what they were given: they could spend 45% now, they had to put 45% into savings, and then 10% went to a charity of their choice. Ron Lieber from the New York Times would applaud Julia for introducing her kids to this way of approaching finances at such a young age.

Hearing how other families have set up chores and allowances within their homes has inspired me to have a conversation with W. If we are going to implement a new system, I’d like him to contribute to how it gets set up. At the end of the day, we all simply want our kids to learn how to become self-sufficient. It seems like creating established chores and responsibilities will put our kids on a path to knowing they can achieve goals.

If it also results in a cleaner home, so be it! 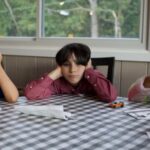 Children have the beautiful skill of tapping into and expressing their emotions, but face challenges when it comes to effectively and peacefully processing these emotions — even ... Read more 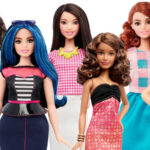 Barbie Got the Makeover the World Has Been Waiting For

Barbie, possibly the most iconic doll in American history, has evolved. No longer is she the light-skinned, blonde-haired, blue-eyed, size-0 (or less) female with the ... Read more 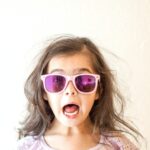 Cheap Ways to Keep the Kids Busy During Summer Break

Summer break is fast approaching, and you may be scrambling to figure out how you are going to keep your kids entertained. Summer camp can ... Read more 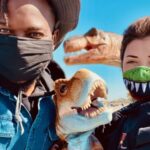