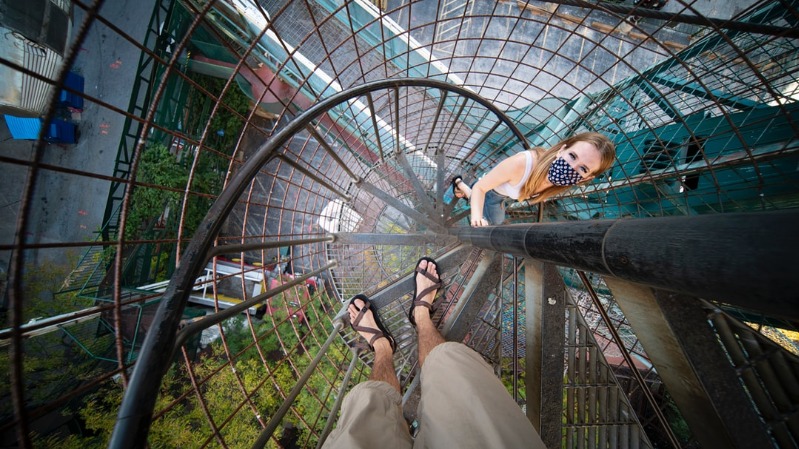 St. Louis, like all major cities which are located on the banks of a river, thrived as a settlement even as early as the sixteenth century, when it was inhabited by the mound dwellers and thereby got the name ‘Mound City’. Over a period of time, it was annexed by the French because of its strategic location, which held on to the city till the early nineteenth century when it finally became a part of the USA. The city was an important commercial center as it was bestowed by all the conditions that are essential for trade, namely pliable waterways, road connectivity, and centralized location. St. Louis faced its share of wars and epidemics and having emerged triumphantly, grew into a cultural center for performing arts of all types. As a city, it is blessed with a lot of museums that showcase its history and narrate with pride its journey through centuries.

Among the innumerable museums gracing the city of St. Louis, some of the famous ones are listed as follows:

The St. Louis Art Museum is a part of Forest Park and is home to paintings by world-famous artists like Van Gogh, Rembrandt, and Picasso. Built in 1904 for the World’s Fair, it attempts to blend the history of the city with the present by exhibiting modern works of art alongside ancient artifacts and masterpieces.

Permanent and rotating exhibits featuring dolls and dollhouses, room boxes and vignettes, furniture, and accessories in all scales.

Exhibits: custom-built dollhouse from the estate of Jane Brown of Newburgh, IN., a replica of the St. Louis IX Basilica, known as “The Old Cathedral”, in downtown St. Louis was built in 1975. the Bevo Mill, Gudgel Houses, the Venegoni Collection (dollhouse miniatures), the Jane Betz Collection (4 buildings, largest and most original Shopping Center), The Tarry Houses (two dollhouses, the Georgian, and the Victorian), The Frank Ress Collection (a Doctor’s Office, Opera Scene from La Boehme, and the Playboy’s Penthouse), Mary Alice Weiskotten 2 houses ( the “Mansion”, and a rustic farmhouse).

The museum has a collection of scale dolls in addition to dollhouses, room boxes, vignettes, furniture, artisan pieces, and specialty items on display.

The Museum depicts the lives and contributions of African-Americans in this country — from the earliest days of slavery through the 20th century. Exhibits document the history and brutality of slavery and give vivid depictions of daily life for African-Americans from pre-Civil War through the years that followed. It does an especially good job, through real-life accounts, of focusing on what life was like for blacks living in Missouri. The St. Louis Black World History Museum is one of only two of its kind in the county. The other is in Baltimore, MD.

A replica of quarters on the ships brought African slaves to America.

A display of artifacts from archaeological excavations at a slave’s cabin near Jonesboro, Missouri.

Displays depicting the lives of African-Americans during and after the Civil War.

The Eugene Field House is a museum that is dedicated to the life of Eugene Field, who used to write books for children.

Contemporary Art Museum in Grand Center is a rare non-collecting museum that conducts educational seminars and exhibitions known for their high standards and knowledge.

The Missouri History Museum depicts the history of the state specifically focusing on the World’s Fair held in 1904 and Lewis and Clark’s adventurous and eventful voyage.

The City Museum, as the name goes, is a miniature representation of the city of St. Louis and its main attractions are old chimneys, salvaged bridges, and construction cranes which have all been an inevitable part of the city. It was built by Bob Cassilly and his 20 workmen who converted the venue of an international shoe company into a museum.

The Museum of Transportation was founded in 1944 with the intention of preserving the modes of transportation used during the early days. The museum has on display railway equipment like freight cars and passenger cars which were used by the early pioneers, classic models of automobiles that have long been removed from circulation, and an assortment of aircraft, boats, and buses which have been a part of the city’s history.

St. Louis Children’s Aquarium Museum is home to a number of species of aquatic animals that were handed over to the museum as orphans. The exhibits include an insight into the aquatic ecosystems existing in different parts of the world and that visitors are allowed to watch the animals being fed and maintained by experts.

The Campbell House Museum is dedicated to the life of Robert Campbell, who resided there with his family from 1854 to 1938. This museum is a true reflection of the opulent Victorian architecture and was renovated and restored over a period of five years at the cost of three million US dollars.

Victorian home-turned-museum was built in 1851 and features a carriage house, romantic gazebo, and aromatic rose garden. This museum is a nonprofit organization.

The Campbell House Museum is an 1851 three-story townhouse once owned by Robert Campbell, one of St. Louis’s most prominent residents. Because Campbell’s sons lived in the home until 1938, and shortly after that it became a museum, 90 percent of the Campbell furnishings have been retained making the museum a showcase of Victorian furnishings and decorative arts. After a monumental five-year, million restorations the museum now stands as one of the most accurately restored 19th Century buildings in America, reflecting the high- Victorian opulence of the 1880s.

The museum contains hundreds of original Campbell possessions including furniture, paintings, clothing, letters, carriages, and a unique set of interior photographs taken in the mid- the 1880s. Museum hours are Wednesday through Saturday, 10 a.m. to 4 p.m., and Sunday, 12 p.m. to 4 p.m. The Campbell House is closed on Mondays, Tuesdays, and National holidays. Admission and a guided tour are per person, children 12 and under are free. Reservations are not necessary. Hours : 10a- 4p Tu- Sa, noon- 4p Su.