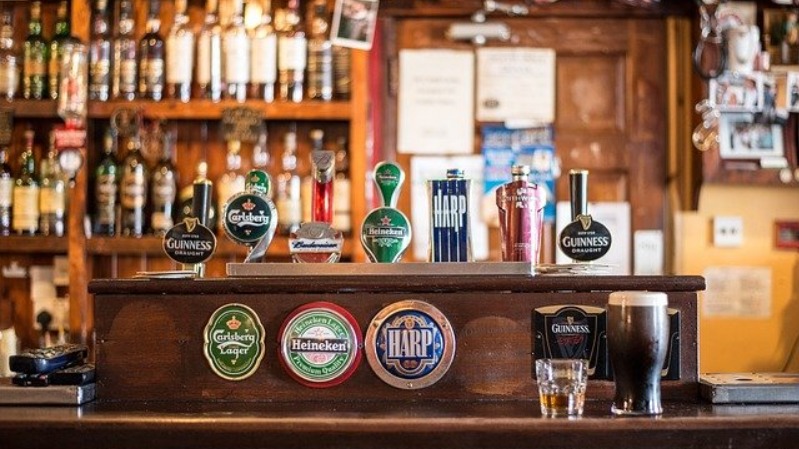 The city of St. Louis is a relatively safe place to live compared to some of the other American cities as its crime rate is firmly under control. Many of the areas of the city which were suffering from poverty and abysmal living standards benefited from the ‘Integrated Community’ program and experienced development. Tourism is one of the major revenue-earning industries, St. Louis has a good infrastructure to cater to all kinds of tourists in terms of hotels, bars, night clubs, and transportation facilities which are used by the residents and locals alike.

A bar or a nightclub is a place in which the tourists and the local residents mingle and learn about each other and therefore visiting some of the well-known bars in St. Louis would give one a deep insight into the life of the city as led by the residents. The following list gives one a good idea about the bars and nightclubs that could be visited during a holiday:

1860s’ Hard Shell Cafe and Bar is a typical classic St. Louis joint for partying as it serves excellent Cajun meals along with sandwiches, salads, and music. Located in Soulard, it encourages local musical talent and is a favorite hangout for local residents before and after a sporting event.

Absolutli Goosed Martini Bar is located in downtown St. Louis due to which it mainly caters to the college crowd. Adorned with red interiors, this bar offers a choice of 120 drinks to its customers often at attractive discount rates.

America’s Pub located at Westport Plaza consists of DJs, live music bands, 50 television screens, and beer pong tables to cater to its crowd of club-goers. The pub is equipped to handle outdoor as well as indoor party facilities with special drinks served every night and Wednesday night is reserved for ladies.

Babe’s Tavern is a quiet homely bar that derives its name from a dog and consists of cozily decorated interiors complete with fire chimneys. It has a big television screen for its guests and revels in proving personalized service to its guests.

Backstreet Jazz and Blues is an ideal haunt for jazz lovers as it often features a live jazz or blues musician on every day of the week except on Tuesday and every performance is followed by a Karaoke contest in which the guests are invited to participate.

Bar 101 is meant to be a hangout for college boys and single men with ladies enjoying themselves on Tuesdays. This bar is known for distributing free booze to its customers and amidst karaoke contests, the bar does not permit anyone with visible tattoos and hats.

Bar Napoli specializes in cocktails and appetizers and since it lies adjacent to Cafe Napoli, it mainly consists of business people who grace the bar after a day’s work.

Bastille is a unique bar that is steeped in history as it was constructed by Anheuser-Busch during the period when Prohibition was the order of the day. This bar also serves grilled American food through its extension known as The Cobalt Grill and it maintains its own distinct identity from the other bars in St. Louis.

Bear’s Den serves fast food like burgers and fries along with the usual fare of cocktails and beers and due to its close proximity to the Washington University, it normally caters to students.

The Black Thorn Pub is famous for its combination of spicy pizza and chilled beer and also offers games like air hockey, shuffleboard, football, and jukebox to its customers.

Club Buca is located at 707 Clamorgan Alley. This latest dance club is very popular in St Louis with young generations of tourists and locals as well. A wide collection of hottest and latest dance hits are being played by the DJs in the mix. For those who are enthusiastic about night-long dance and party, this is the best place for them to go, while mixing with other locals.

The Velvet, 1301 Washington Avenue, has been known as the best and most popular club in St. Louis for the last six years and a mixed crowd is frequenting it of locals under the age of 35. If you are looking to rock and roll on the dance floor for the whole night, this is the most appropriate place to go.

Morgan Street Brewery is located at 721 North Second St. This brilliant bar is a nice place to visit if you are looking for a relaxed night on the town. Pool tables, seating outer side of the patio and satellite TV are the main attractions. A collection of beers are served by brewing in the microbrewery along with an extensive range of additional drinks.

Mike & Min’s, 925 Geyer, St Louis, is the oldest blues bar in St Louis. Almost every night, they present live performances. The atmosphere is outstanding and a full bar is also available.

Mississippi Nights is situated at 914 S, 1st Street, St Louis Missouri. Top-ranked bands are playing in this club almost nightly. The environment is really grand, and the crowds are friendly. Excellent service is available and a great menu is being offered to choose from.