Malcolm Martin was a St. Louis lawyer and philanthropist who campaigned for an Arch viewing platform on the Illinois side of the Mississippi River. He never saw it built.

If you’ve ever toured the Gateway Arch in St. Louis, Missouri, you’ve probably noticed that the best view would be from the opposite bank of the Mississippi River. This is the picture postcard view you see in Arch’s gift shop, with the St. Louis city skyline in the background.

View of the Arch from Illinois

The Illinois side of the river has been largely underdeveloped throughout the years, not to mention that East St. Louis has a rather scruffy reputation. Visitors to the Arch grounds can look across the water and see a marvelous view of a casino riverboat, a grain elevator, and not much else.

Taking Photos of the Arch

Tourists find that trying to take a picture of the Arch on the grounds of the Jefferson National Expansion Memorial is an exercise in futility. The Arch is just too big to get in the camera frame while standing anywhere near it. Visitors go home with strange pictures of one shiny leg, an odd steel rainbow in the sky (if standing directly below), or half a monument as they try to squeeze in as much of the Arch as they can.

This is precisely why in 1968 Malcolm Martin formed a nonprofit group called the Gateway Center of Metropolitan St. Louis a few years after the Arch was built. The organization raised money for a park on the Illinois side of the river. Martin’s park was built and the Gateway Geyser (a grand fountain to compliment the Arch) was installed in 1995. He did not live long enough to see the completion of the viewing platform that he longed for, but he left his estate to continue funding the dream. The Mississippi River Outlook was finally constructed in 2009.

Martin wanted the Illinois park built to complete the Arch the way its designer, Eero Saarinen, had envisioned it. Saarinen thought the Jefferson National Expansion Memorial should have stretched across both sides of the river.

The five-tier concrete viewing platform is a big ramp that stands 43 feet high. Standing at the top, tourists can see a spectacular view of the Arch, which would ordinarily be blocked by the Mississippi River levee.

On the top tier is a bronze statue of Martin, gazing forever at the Arch.

The Malcolm Martin Memorial park has 24-hour security and can be easily accessed from the Arch grounds by the Eads Bridge.

Tourists should plan their visit around the schedule for the Gateway Geyser which shoots a stream of water 630 feet into the air — the same height as the Arch. It is fired at 12:00 PM, 3:00 PM, 6:00 PM or 9:00 PM and runs daily through the summer months. 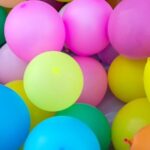