Fun at Missouri’s Lake of the Ozarks

Missouri’s Lake of the Ozarks has more shoreline than the state of California and activities all year long for people of all interests. Lake of the Ozarks is a family vacation destination in central Missouri, about two hours southwest of St. Louis and two and a half hours southeast of Kansas City.

Created in the 1930s as the Osage River was impounded as a source of hydroelectricity, the Lake of the Ozarks was once the largest man-made lake in the world. With more than 1,150 miles of shoreline and 54,000 acres of water, there is a lot to see and do all year long.

The main channel of the Lake of the Ozarks is 92 miles long, fed by more than 40 miles of tributaries that meander through rolling hillsides covered with oak, hickory, and dogwood. Ferns and wildflowers soften the harshness of magnificent limestone bluffs and boulders, creating a stunning contrast to the aquamarine water and powder blue Missouri skies.

Vacationers have been coming to the Lake of the Ozarks for 70 years to enjoy this natural environment, but also for the golf, the fishing, the shopping, the music festivals, and of course, the water sports. Most of the shoreline at the Lake is privately owned.

With over 1,100 miles of shoreline and a surface area of over 55,000 acres, Lake of the Ozarks is a vacation paradise in central Missouri. With several small towns in the area, the lake can provide nearly every service and amenity that a family vacation could require.

Lake Ozark State Park encircles the Grand Glaize arm of the lake and provides hundreds of secluded coves in its 89 miles of shoreline. It is a destination within itself with hiking trails and caves to explore, campgrounds and picnic areas, boat launches and horseback riding. If you like the idea of exploring trails, but don’t want to leave your wonderful boat, consider the “Ozarks Aquatic Trail.” This is designed for boaters who can stop at 14 designated buoys along the shoreline. A free booklet, available at the park’s gas docks, tells the significance of each stop.

The State Park is the part of the lake that is home to the infamous Party Cove, an out-of-the-way stretch of water where, during summer months, several hundred boaters gather on weekends and participate in what can conservatively be called debauchery and depravity.

On maps of the lake it is called Anderson Cove and it’s not a place for the faint of heart. Water patrol officers frequent the area as well in an attempt to prevent boating under the influence of alcohol and other drugs.

Bridal Cave at Lake of the Ozarks

Missouri is nicknamed the Cave State because of the hundreds of caves public and private caves. One of the most interesting is Bridal Cave at Lake of the Ozarks. Visitors can arrive by boat or by land.

Legend has it that Native Americans used the cave for ceremonial purposes, including marriages. However, in recent years, it has become a destination for weddings of all cultures. It’s a nice place to get out of the heat of a Missouri summer for a few hours.

Other caves in the area include Jakob’s Cave and Ozark Caverns.

Golf Resorts at Lake of the Ozarks

The Lake of the Ozarks is home to 260 holes and 16 golf courses of varying lengths, degrees of difficulty, and lay-out for people of all levels. The region has hosted the PGA Club Pro Championship tournament in the past. Robert Trent Jones, Sr., Tom Weiskopf, and Arnold Palmer are among the designers of golf courses in this area.

Vacation Opportunities at Lake of the Ozarks

The list of activities available at Lake of the Ozarks is a long one, and some don’t even require a boat. More than a dozen golf courses are in the area, and some familiar names helped design some of them. Jack Niklaus, Arnold Palmer, Tom Weiskopf, and Ken Kavanaugh have all designed courses in the area around the lake. A local survey has named Sycamore Creek as the favorite golf course in the area for the last eight years.

Another local attraction is Bridal Cave. Located under Thunder Mountain, legend has it that an Osage Indian wedding ceremony was held in the cave more than 200 years ago. Since then, more than 2,000 couples have followed suit and tied the knot in this underground setting.

More than 100 restaurants surround Lake of the Ozarks. Everything from hot dogs to barbecue can be found here.

Family Vacation Fun on the Lake

It would be tough to ignore the fact that there is a big lake squeezed in amongst all the land-based attractions, and many guests can’t resist trying out their sea legs. Boating opportunities are many on Lake of the Ozarks. Some guests bring their own boat, but others can rent a seaworthy craft of almost any size or shape. One popular option is to rent a pontoon boat and party! Many places around the lake have these available for rent, as well as another popular item, the jet ski.

Fishing is another popular activity, and Lake of the Ozarks has a great variety of fish, both in size and species. Some of the fish found here can also be caught in the nation’s northern lakes, such as Mille Lacs, but other species prefer the warmer water of this Missouri lake. And, unlike some lakes, the fishing at Lake of the Ozarks seems to be picking up. In the last decade, several lake records have been set, including a 42+ pound muskie, a 91-pound blue catfish, and a reel bending, arm burning, eye popping 134+ pound paddlefish!

Vacation Resort at Lake of the Ozarks

A vacation destination all by itself, Tan-Tar-A Resort offers a lake-full of vacation attractions. The resort has access to two championship golf courses, the largest indoor water park in Missouri, a full-service salon and spa, and over 93,000 square feet of room for business meetings and conventions. Guests at Tan-Tar-A can book their boat rental, jet ski rental, parasailing reservations or horseback riding arrangements, or they can simply take a much-needed break from it all in the Jetty lounge.

So, Lake of the Ozarks offers everything from airborne parasailing to on the water parties to underground weddings. With this many things to do, one vacation might not be enough. 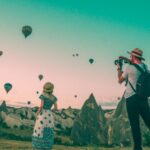 Pros and Cons of Using Airbnb for Family Travel

When we put kids to bed in a shared hotel room we turn off the lights and hope they fall asleep. Then we the parents ... Read more 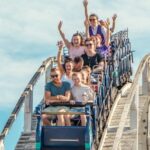 Spending the day at a theme park is a great way to have some fun in the summer. Theme parks are great because they tend ... Read more