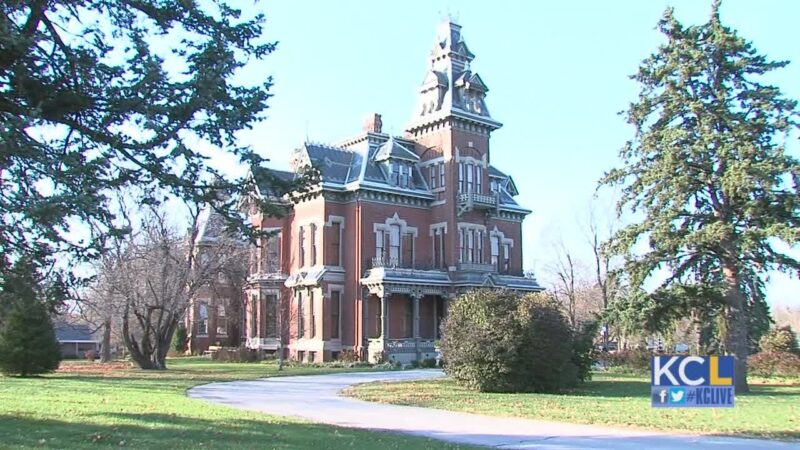 Missouri’s “Vaile Mansion” is an opulent display of one Henry Vaile and his wife.

The “Vaile Mansion” is an opulent display of the sense and sensibilities of former U.S. Mail contractor, lawyer, and journalist Harvey Merrick Valle.

Valle, originally from Vermont, migrated to Missouri circa 1881. He and his wife were cultured people who use to traversing through such castle-laden areas throughout Europe as Normandy, France.

As a matter of fact, it was actually in Normandy, France that the Vailes spied a mansion whose design caught their eye and they were determined to incorporate it into their own home.

Once stateside who did the Vailes solicit to carry out their vision? None other than the notorious Midwest architect, Asa Beebe Cross, whose design motto should have been “go big or go home.”

Asa B. Cross was known by some for making monstrosities that combined design influences from other countries as well as the ample use of limestone.

One of Cross’s Kansas City creations, the Union Depot, was known by his most ferocious critics as the “insane asylum” because of both its enormous size and fusion of three different architectural styles.

The “Vaile Mansion”, displaying quintessential Cross characteristics as being large and having limestone built in, is a far cry from being a monstrosity. As a matter of fact, for its time it was akin to the famed “Taj Mahal.”

This luxuriant 31 room palace contained many design features and amenities that were quite uncommon for the time. These uncommon features include; a 48,000-gallon wine cellar, a 6,000-gallon hot water tank, flush toilets, gas heat, electricity, nine Carrara marble fireplaces, and rich mahogany wood used throughout including in the horse stables of all places!

The “Vaile Mansion” maintains hours of operation from 10:00 am until 4:00 pm Monday through Saturday and 1:00 pm until 4:00 pm on Sundays during the months of April through October. The mansion is closed for the month of November as well as the months of January through March. Special holiday hours are available during the month of December. Details on holiday events and hours are listed on the “Vaile Mansion” website.

The latest posted admission is $5.00 for adults and $2.00 for children ages 6 to 16. Children under 6 years of age are admitted for free.

“Vaile Mansion” is just one of the many historic mansions visitors to Independence, Missouri can explore. Those who desire more information on Independence’s historic homes would be wise to log onto the city’s tourism website.