Westminster College Campus Is Where “Iron Curtain” Was Defined

Churchill first spoke of the Iron Curtain in a small college gymnasium in Fulton, Missouri. A museum and a sculpture by Churchill’s granddaughter commemorate the visit.

Winston Churchill came to the small community of Fulton, Missouri in March 1946 at the invitation of his friend Harry Truman, the “Give ‘Em Hell” president from Missouri. Churchill spoke to students in the gymnasium of Westminster College and there first used the phrase “Iron Curtain” to describe the geographical and philosophical division of Europe after World War II.

Churchill’s Iron Curtain became a real concrete wall in August 1961 when the communist government of East Berlin decided to put a stop to its citizens escaping to freedom in West Berlin and West Germany and beyond.

Fall of the Berlin Wall

When peaceful protesters literally tore the wall apart with their own hands-on November 9, 1989, Winston Churchill’s granddaughter, a sculptor, quickly purchased several sections of the wall. Eight pieces, the largest contiguous section of the famous barrier outside of Berlin, now reside in Fulton on the campus of Westminster College at the Winston Churchill Museum of America. Entitled Breakthrough, the sculpture weighs two tons, is 11 feet high, and 4 feet wide.

The museum is located in the lower level of 17th century Church of St. Mary the Virgin, Aldermanbury, a Sir Christopher Wren church that was badly damaged in World War II. Rather than allow it to be torn down, Westminster College officials brought the church to Fulton as a tribute to Churchill’s presence in this community. It took almost five years for the church to be pieced together in Missouri. Today, worship services and weddings continue in the church, with scripture often read from a Bible that dates to the 17th Century.

The Churchill Museum of America

The Churchill Museum, renovated in 2006, is located below. In addition to detailing the lonely, often awkward childhood of young Winston, the museum delves deep into the issues that were beginning to boil and eventually explode into World War II. There’s a great exhibit for children about what it was like to be a child in London during the air rides, as well as how children in Japan, Russia, Germany, and the United States coped with that difficult period of time.

Missouri native Walter Cronkite narrates a wonderful film called “Churchill’s Finest Hour” that many believe is the highlight of a visit to this museum. 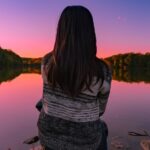 6 Best Places to Go With Kids in Springfield Missouri

Located north of Branson is the Busiek State Forest which is owned by the Missouri Department of Conservation. This forest offers mountain biking and hiking ... Read more

See the Beauty of Spring with the Scenic Railway Branson Scenic Railway offers a perfect travel adventure this spring season where you can experience the ... Read more

With new flights to Branson on Southwest Airlines and a reputation as one of America’s premier live concert cities, Branson can no longer claim to ... Read more